How many times have you read “Cooking is an Art”? Probably, a million. How about “Cooking is a Craft”? Probably not so much!
On a rainy afternoon, when I had exhausted all my reserves of entertaining a 5 year old, she decided to entertain me. (Did I mention earlier in my blog somewhere that she is an inspiration for quite a bit of the cooking I do?).  She asked me if we could make a light house at home and since there was no cardboard, we zeroed in on ice cream. 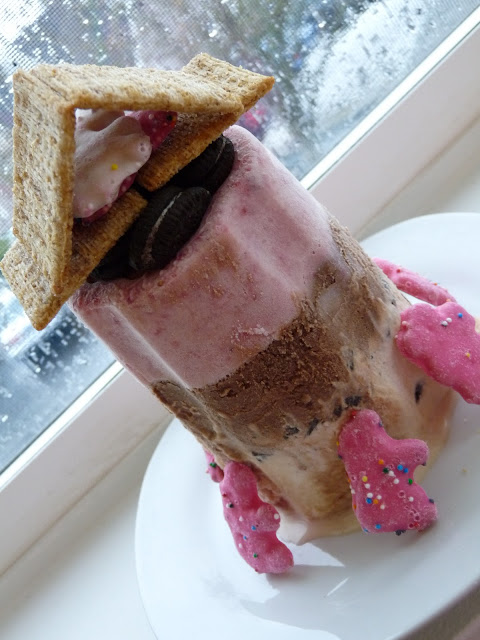 So, kindly forgive me for the format of this recipe, I have tried to go step by step, the way we created a tiny lighthouse out of ice cream and crackers. It is like I said before, a craft and not a recipe. For there is little to cook and more to arrange.
Step 1
Pick a tall glass or bowl which is freezer safe and keep it ready for stuff to go in. We want the top layer to go in first. Pick 4, 6 and 8 scoops of the ice creams of your choice and leave it at room temperature for half an hour or so to melt.
Step 2
I had two flavors handy, caramel and chocolate. I needed a third color so I crushed a handful of fresh strawberries in the mixer and added it to 2 scoops of caramel ice cream to give it a light pink color. We then proceeded to fill the bottom layer of the tall bowl with the melted pink ice cream. Back in the freezer it went for about one and a half hours. 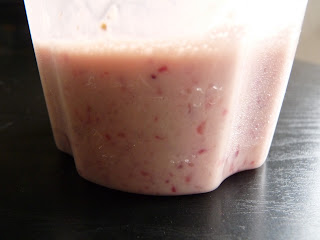 Step 3
Next, we mixed some M&M candies with the soft chocolate ice cream and in went the second layer of the lighthouse on top of the frozen pink layer. The freezing time was about the same, one and a half hours. While the candies were not visible, we eventually tasted them when we dug into the lighthouse and it was kind of a crunchy invisible surprise. 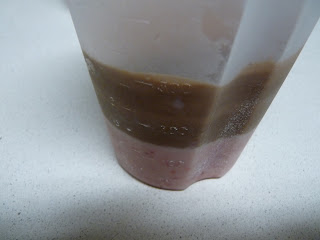 Step 4
The last layer to go on the frozen pink and brown ice cream was the caramel ice cream mixed with some crumbled mini Oreo cookies. An hour and a half more we had the structure of the light house ready. Since four and a half hours had already passed we decided to take a break and continue the next day. Can you imagine, 4.5 hours gone without any kind of actual cooking!! 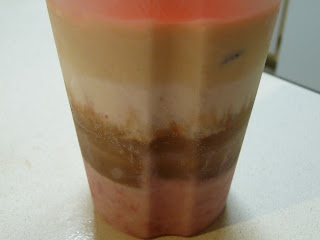 Step 5
The 3 layers looked quite pretty inside the plastic and we were keeping our fingers crossed for getting them outside on a plate intact. I ran the sealed bowl under hot water for a minute and then gently slid a long knife in circles around the ice cream. Praying hard, we turned the bowl upside down on a plate. The lighthouse came out with a couple of rough edges, but looking beautiful nevertheless. The decoration was a breeze.  Some Oreo cookies, couple of pink animal crackers and four brown crackers made up the roof of the lighthouse. And my daughter insisted we do the bottom of lighthouse pink as well (since it was a girl’s lighthouse) so I scattered a couple of pink animal crackers at the bottom too. 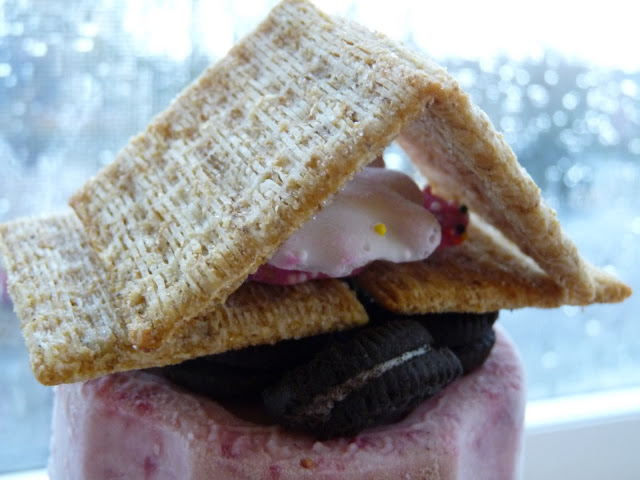 To make it easy on the reader, I have listed the ingredients for the lighthouse below:
Caramel ice cream – 4 scoops plus 8 scoops
Crushed strawberries – 4 tsp
Chocolate ice cream – 6 scoops
M & M candies – 6 -8
Mini Oreo cookies – 10
Wheat crackers – 4 medium
Pink animal crackers – 6 – 8 small
The light house looked worthy of being the center piece at an ice cream party, which is just what we had that evening. 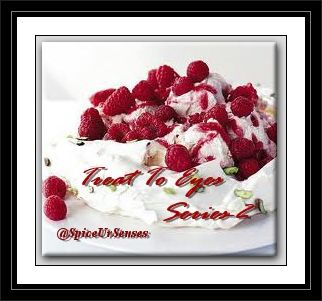 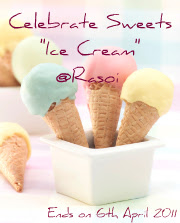 Email ThisBlogThis!Share to TwitterShare to FacebookShare to Pinterest
Labels: Dessert

Pasta and Paratha is